Home » Blog » WHO WILL BE THE FUTURE CHAMPS OF THE NBA?

WHO WILL BE THE FUTURE CHAMPS OF THE NBA? 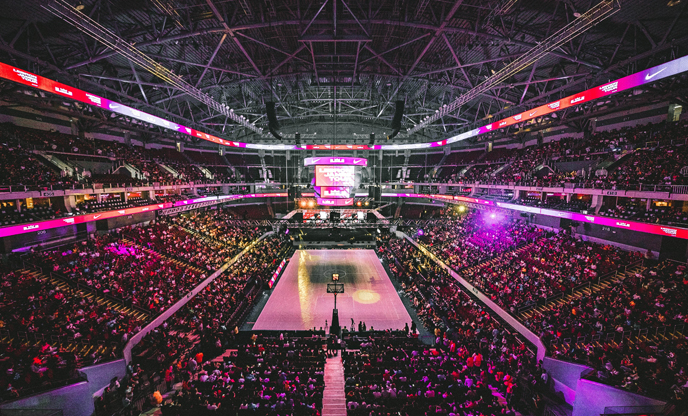 All teams eye the ‘draft’ to build themselves stronger for the future championships. The NBA Draft is the most- talked about in the NBA off season because that’s where the magic happens. Draft days are one of the most important days of the year for teams to start, continue or finish building for championships.

This year’s trading and the swappings took place in Brooklyn on 27th June. The stadiums were packed with excited fans who saw the new blood meet the old legends.

We give you a scoop of the best players and teams that stood out as the top winners in the 2019 NBA Draft:

Zion Williamson was bagged by the New Orleans Pelicans in a sure bet. The Pelicans have been eyeing quality wings and Williamson has been in his best form since his underclassman days. Having traded away Anthony Davis, it would be a treat to see Williamson work it out as the face of the Pelicans, who plan to center the team around him in the upcoming season.

The Wizards of Washington

This new generation of international players is all set to bring audiences from their homelands to watch them perform at the NBA championships. Stay excited for witnessing a spectacular future for this ball game.

Having a bold, young core, the Bulls did right when they chose Coby White. With his superb athletic performance and ‘point guard-ing’, the Bulls have got themselves the right one! Facilitating the offense with shooting guard Zach LaVine is the perfect backcourt formation the Bulls have been planning to get.

In the ‘Knick’ of Time

With Durant being a free agent and left out for the Brooklyn Nets, the offseason couldn’t get any worse for this team. However, the New York Knicks pocketed RJ Barrett, hoping they get lucky in the NBA trades, and they did! Barrett, who has led the Canadian U19 team to victory in the FIBA U19 World Cup, was projected as the No. 1 pick by consensus in the NBA Draft entering last season. The Knicks with their young nucleus will be tested on July 5 against them as the team gears up to play their first match of the Summer League 2019 against the New Orleans Pelicans.

This draft season was amazing for the Cavaliers as they picked Darius Garland as the No. 5th overall pick along with snagging sharp-shooting Dylan Windler. Staying bullish in the draft was how the Cavs plan to rebuild this team, now set to do it around Garland. Bagging Garland shows the Cavaliers are going to be prioritizing and leading with aggressive sharpshooting.

The excitement is at its highest as the young talent leads legendary teams in the NBA summer league followed by the NBA 2019-20 championships.