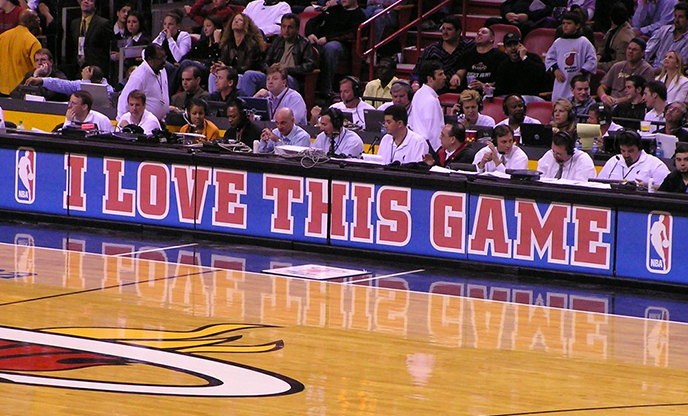 Best NBA players of all times

NBA is not just a sport, it’s a religion. The sport has given has some wonderful pioneers and icons to take inspiration from. There have been countless players who have paved their way in the hearts of their fans. These sports stars have continued to motivate a generation who has seen them while growing up.

Here are some of the best NBA players of all time:

He became a synonymous basketball star in NBA history. His offensive production remains unmatched. The greatest scorer of all time, he averaged 30.1 points per game. He also averaged 2.35 steals per game, which marks the best mark among all those present in the Hall of Fame. The unquestioned leader of  the Chicago Bulls team, he led the team to victory multiple times and still remains one of the best NBA players of this decade

The most dominant and unstoppable player any team sport has ever seen was this one. Chamberlain managed to rip down 22.9 rebounds per game, a number that will likely never be matched for the rest of the time. His scoring average was 30.1 points per game, a record was broken only by the #1 Jordan. He was a one-man powerhouse for four different NBA teams he used to lead. He was as voted an All-Star 13 times during his career

In the NBA, James has created a class apart.  Known as one of the game’s all-time greats, his stats stand at sterling 27.2 points (fourth all-time) and 7.4 rebounds per game.

He is the best player being given to the NBA when it comes to value over replacement players, for both the playoffs and the regular season. He is also the first player to be chosen 12 times in NBA selections. He led the Cleveland Cavaliers and Miami Heat teams to eight consecutive NBA Finals, winning three of those championships

Like an eagle, Bird was the deadliest shooter the sport has ever seen. He proved to be one of the greatest assets the Boston Celtics have ever produced. He led the team to three NBA championships and five NBA Finals in the 80s. Larry Bird averaged 24.3 points and 10 rebounds per game in his career. Bird also made his place in the top 10 for value over replacement players in both the regular season and playoffs.

One of the best players in the NBA and winner of five NBA championships, Kobe Bryant has proven himself time and again. He is believed to be one of the most feared competitors in basketball history. Known as “Black Mamba,” averaged 25 points per game for his career, which puts him at 12th of all time

Baylor was the game’s first all-around star. Despite leading the Lakers to multiple NBA finals appearances, they never won a championship in his 14 seasons on the court.

Baylor averaged 27.4 points and 13.5 rebounds per game in his career. The score ranks him third all-time, with his rebounding average as 11th best. He was named to the All-NBA squad 10 times.

Barkley averaged a sterling 22.1 points and 11.7 rebounds per game in his career. Being one of the key members of Philadelphia, Phoenix, and Houston, he ranks fifth all-time in value over replacement players. Barkley is behind Michael Jordan and LeBron James, revealing his overall dominance. He too could never win an NBA championship despite being one of the strongest players

Here comes the best scorer of this generation, averaging 27.0 points and 7.1 rebounds per game in his career so far. Durant ranks in the top five in NBA history. This man has been a legend since his freshman years, winning numerous awards and becoming the first freshman to be named Naismith College Player of the Year

In all 16 of his career seasons, Dr. “J” was selected as an All-Star. Before the ABA league merged with the NBA in 1976, he was known as the greatest player of all time.

Curry has proven himself to be one of the best shooters and the biggest winners in the NBA. Leading the Golden State Warriors, he won three championships recently. Skillful with his three-pointers in nearly all matches, he was ranked third all-time in three-pointers made.