Three Rules That Can Guide Even The Laziest To Good Fitness 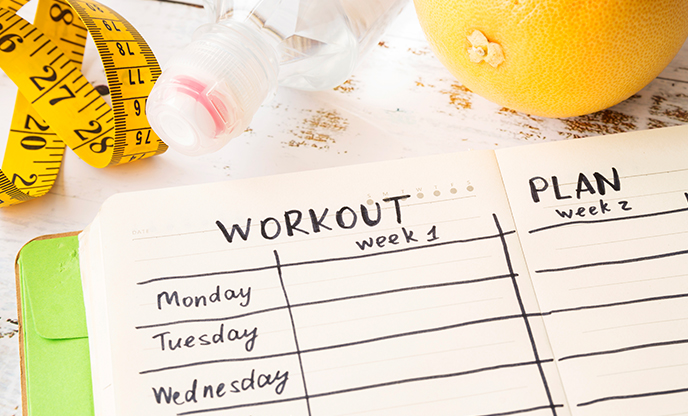 Improving your fitness can sometimes feel like rocket science.

Fall down the wrong rabbit hole, and suddenly you’re surrounded by complex terminology and insane diet and training programs. For the average person simply looking to get more fit, these resources are counterproductive.

After spending thousands of hours researching and writing on the topics of fitness and nutrition, we have come up with three simple commandments we believe can make a big impact.

They’re easy to follow, they require little hassle, and they don’t require any “magic numbers” you need to hit for success.

If you’re serious about changing your body for the better in 2019, you’d be wise to follow these three commandments. 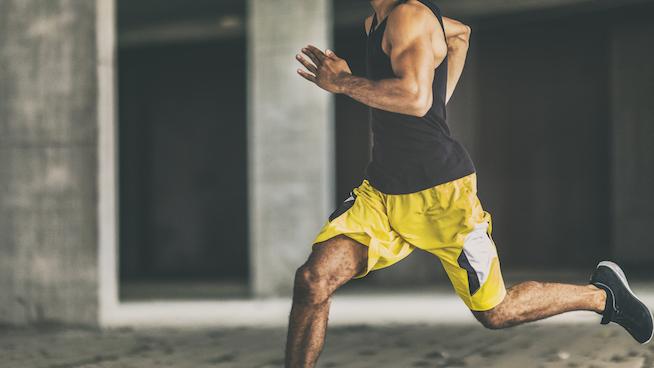 Walk into a commercial gym in early January and you’ll be greeted by rows and rows of people pumping away on elliptical machines. These folks, usually following up on a New Year’s resolution to get more fit, typically plod away at a steady intensity for 45 to 60 minutes, then call it a day.

They do this for a few weeks, get discouraged at their lack of results, and fall off. If you want to see serious changes in your body, you should sprint!

Sprints are short bursts of maximum effort exercise. You can do them with a treadmill, stationary bike, elliptical, rower or just about any implement you use to exercise.

During very intense exercise like sprinting, your body actually uses more oxygen than it takes in. When your workout concludes, your body has to re-oxygenate and recover from that stress. This process burns calories, largely in the form of fat. It’s how four 30-second sprints can ultimately produce the same number of calories burned as 30 minutes of non-stop moderate aerobic exercise.

Moreover, sprint intervals also seem to burn visceral fat—a type of fat stored in your abdomen which is particularly dangerous to accumulate—much better than moderate aerobic exercise. A study found that a 20-minute cycling sprint interval program performed three times a week for 12 weeks led participants to burn 17 percent of their visceral fat. Researchers estimated that it would take seven hours of jogging a week for 14 straights weeks to produce a similar result, which equates to over eight times as many total minutes spent exercising.

Sprint intervals may also have a more significant impact on your mental health than traditional cardio.

BDNF is essential to brain health, and low levels of BDNF have been associated with outcomes like depression, Alzheimer’s, epilepsy, anxiety and impaired learning. BDNF levels naturally decline with age, but we can increase them with proper exercise and diet.

And even just a small handful of sprints can offer big benefits.

While athletes who are required to sprints multiple times per competition need the training to mimic such rigors, the average Joe simply looking to get in better shape can see results from performing a small number of short sprints during their routine.

And notice we did not mention you have to reach a certain speed to reap these benefits. You don’t need to be Usain Bolt to sprint your way to better health—you just need to run or pedal hard. If you’re brand new to the idea of sprints, you can start by trying a REHIT protocol. This calls for two, 20-second bursts of maximum intensity exercise among otherwise low-intensity, steady-state cardio. The entire workout should last about 10 minutes. This is generally easiest to perform on an exercise bike (an air bike works best). 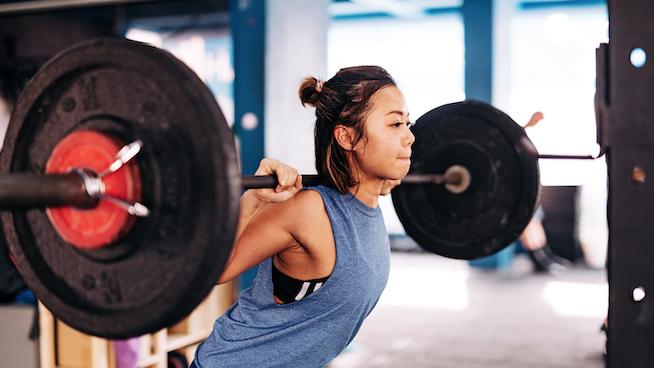 Lifting weights are often seen as a young man’s game.

Think about the free weights area inside your average commercial gym. It’s generally crowded with dudes in their 20s and 30s sipping protein shakes and pumping iron.

Due to that environment, and the fact that lifting weights is often viewed as more complicated than simply jumping on a treadmill, many females and older adults steer clear of weight training. That’s a shame. We’re not saying you’ve got to go full powerlifter, but spending some time with implements like barbells, kettlebells and dumbbells is excellent for the human body.

Women of all ages are often tentative to lift weights due to fear of becoming “bulky.” When these same women do lift weights, they’re usually of the teeny, 1-to-5-pound variety. Newsflash: A female won’t suddenly turn into Arnold Schwarzenegger simply by picking up a weight. It just doesn’t work that way.

Women naturally have much less testosterone in their bodies than men, so it takes an extreme amount of time and energy for them to become anything approaching “bulky.” If you’re not training and living like a female professional bodybuilder (and you would certainly know if you were), you don’t need to worry about getting too big and bulky from strength training. Rather, resistance training is the best option for toning the body, dropping unwanted fat, fixing your posture and simply looking and feeling better.

This leads us to the point. If you think you’re “too old” to lift weights, think again! Resistance training has actually been found to be one of the most robust ways humans can combat the physical and mental decline naturally associated with aging. Due to a process called sarcopenia, men and women can lose anywhere between 30-50% of their muscle strength between the ages of 30 and 80. A loss of muscle strength makes almost any activity more difficult—whether it’s riding a bike or simply climbing a set of stairs.

A 2016 study from the University of Sydney found that increased muscle strength via a progressive resistance training program helped improve brain function in adults with Mild Cognitive Impairment, a condition that’s often a forerunner for Alzheimer’s.

“The more we can get people doing resistance training like weight lifting, the more likely we are to have a healthier aging population,” “The key however is to make sure you are doing it frequently, at least twice a week, and at a high intensity so that you are maximizing your strength gains. This will give you the maximum benefit for your brain.”

Long story short—almost every human can benefit from getting stronger. The best way to get stronger is via some form of strength training. If you’re looking to give it a shot, hook up with a certified professional in your area who can put you on an appropriate program.

3. Thou Shalt Stop Counting Calories and Do This Instead 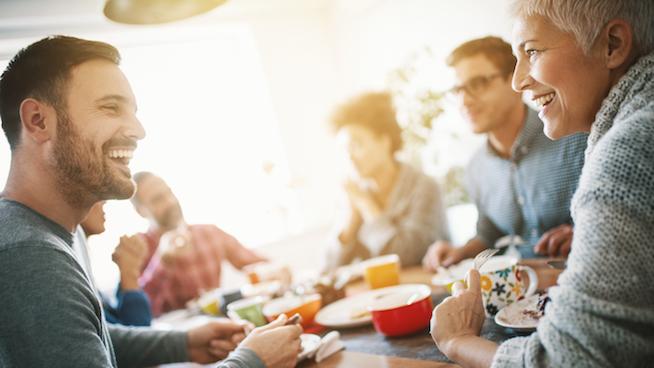 For decades, we’ve believed that counting calories were the key to weight loss.

However, calorie-restricted diets often only produce short-term results. Many people have also obsessed over the idea that low-carb diets are the key to weight loss, while others have emphasized diets low in fat.

But a massive study from the Stanford University School of Medicine found that a simple shift in eating philosophy resulted in similar weight loss among participants despite significant differences in age, genetics, carb intake, dietary fat intake, and insulin levels.

The study entailed half of the 609 participants being placed on a low-carb, high-fat diet and the other half being placed on a high-carb, low-fat diet. The participants were told to eat as much as they want and not to worry about counting calories or controlling portion sizes. But most importantly, both groups were instructed to eat “as little or no added sugar, if possible, as little or no refined grain, if possible, and as many vegetables, as you can.”

Both groups experienced similar weight loss over the year, and differences in genetics and insulin levels didn’t seem to impact the amount of weight loss.

“We’re battling about points on the fringe of this whole debate without getting to the core. I think if we really focused on added sugar and refined grain (and their) decrease or elimination, and we worked with some of our favorite chefs to make vegetables even more unapologetically delicious, a lot of the debates would go away.