The Core Exercise WWE and NXT Superstars Swear By! 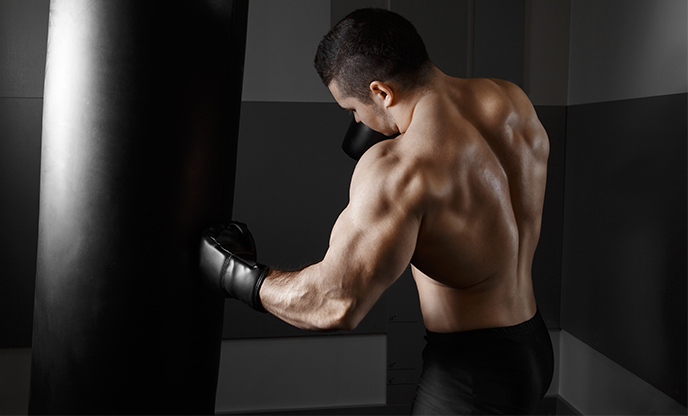 There’s no shortage of impressive physiques in the WWE.

Bulging biceps, ginormous thighs and, of course, ripped six-packs are frequently on display inside the squared circle. To get abs like that, WWE and NXT superstars must bang out thousands of Crunches each week, right
Not exactly.
Are we doing a bunch of Crunches? No, we’re not!”
Our Expert trainer at Proathlix says:
“Everything we do needs to relate to that ring. I don’t see anybody in that ring doing Crunches. I see people picking people up, pressing people, throwing people, so our core exercises need to reflect that.”
“We’re not bodybuilders, we’re athletes. We’re functional athletes. Core plays a huge role in every workout,”
Every warm-up includes some type of core activation, ensuring the core will function as intended during the subsequent lift. “We’re going to turn on that core, it’s so important. If I’m asking the athletes to brace on the Squat and have good form, I need to do it during the warm-up. So when they get underneath the bar, it’s not the first time they did it that day,” he says.
The extensive focus on functional, multi-joint exercises ensures the athlete’s cores are contributing during much of their workout. While many people associate core work with Crunches, exercises like heavy Squats and Deadlifts target the core in a manner that translates to the ring much more efficiently for WWE superstars.
And when it is time to do some direct core work, outdated moves like Crunches or Sit-Ups rarely make an appearance. What do these WWE superstars utilize instead?

While Dead Bugs aren’t the sexiest exercise (both in their name and their appearance), they’re exactly the type of core work many athletes need most. They get their funny name because when you perform them, you look like a dead bug lying on its back with its legs in the air. But despite its strange name, the exercise is neither complicated nor crazy.
Popularized largely due to research of Dr. Stuart McGill, the Dead Bug is a movement that produces a killer ab burn while also training you to move better. It’s essentially an “anti-extension” exercise where you must brace your abdominal muscles to prevent your lower back from arching as you extend your arms and legs from a supine position. That may sound simple, but many people struggle with this movement pattern, which puts dangerous stress on their spine.
Athletes often cannot move their hips without engaging their lower back muscles, or they can’t raise their arms overhead without arching their backs and sticking their ribs out. Not only do these sort of deficiencies increase your risk of injury, but they also make many movements less efficient and less explosive. The Dead Bug fixes these issues by teaching you to isolate movement at the hips and shoulders without moving your spine. Improving this movement pattern is important because it protects your spine from movements it was not designed to handle. When an NXT superstar hoists a hulking opponent above their head, their spine and core must function as intended to control that load and avoid injury.
Time to train forever. Train for longevity. You really want to feel better when you walk out of the training than you did walking in!”