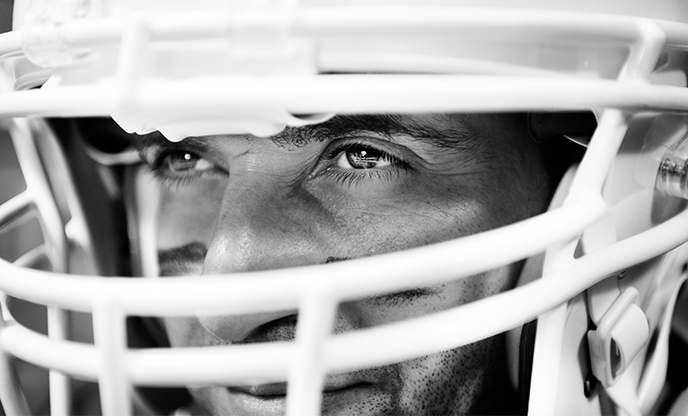 Long before the five Super Bowl victories, the three NFL MVP trophies, and the 14 Pro Bowl selections, Tom Brady was just a kid looking for a shot to play Division I football.

After spending much of his sophomore season at Serra High School (San Mateo, California) on the JV squad, Brady was determined to become the team’s starting varsity quarterback.

He was a big kid (measuring about 6-foot-2, 205 pounds) with a strong throwing arm, but his footwork and agility were seriously lacking. Tom MacKenzie, Serra’s head football coach at the time, made that fact clear to Brady.

“I basically said, ‘Tom, you have a Division I arm but your lower body is not close to Division I,” MacKenzie told the Daily Mail in 2015. “He had no quickness.”

Toward the end of Brady’s sophomore year, MacKenzie introduced the “Five-Dot Drill” into the team’s training program. The drill consists of five dots on a pad, arranged like the “5” you’d see on a die. The goal is to hit each of the dots as fast as possible using a number of variations. It’s a simple drill, but one that’s perfect for building fast feet, balance, coordination, and agility. It can also wear you out in a hurry.

It didn’t take long for Brady to realize he had plenty of room for improvement in the Five-Dot Drill.

“The first time we did it, Tommy’s time wasn’t the greatest,” John Kirby, a teammate of Brady’s at Serra, recently told ESPN. Determined to improve, Brady got himself some spray paint and painted the Five-Dot Drill on his own garage floor. “You know the way he faces adversity; he doesn’t let anything stand in his way. So what does he do? He spray-paints those dots on his garage floor so he could do it at home,” Kirby said.

For the next two years, Brady practiced the Five-Dot Drill religiously. He became so adept at it that he even began creating his own unique variations. The drill helped Brady improve his athleticism, and he went on to throw for 3,514 yards and 33 touchdowns over the next two seasons. He earned himself an offer from the University of Michigan and the rest is history.