Home » Blog » Arsenal Won’t Be the Same without This Guy! Farewell, Aaron Ramsey.

Arsenal Won’t Be the Same without This Guy! Farewell, Aaron Ramsey. 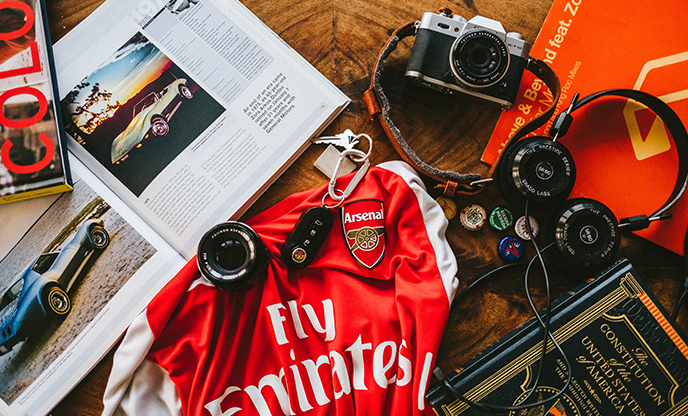 Arsenal fans bid farewell to one of the most loved footballers of all time. Aaron Ramsey has officially joined Juventus since July 1. He swapped as a free agent north London for northern Italy this season. Playing amongst the top players is a challenge Ramsey has been looking out for.

The game against Napoli was his last game in the most cherished Arsenal jersey. He has missed the last 9 games due to a recent hamstring injury. The star was born when Ramsey, as a 17-year-old, was signed by Arsenal’s manager Arsene Wenger back in 2008. Since then, he helped the team win the FA Cup thrice, even scoring the winning goal against Chelsea in the final in 2017.

Wenger has often at times described Ramsey as a “complete midfielder.” He believes that Ramsey can defend, attack and score goals like a boss!

Ramsey has been involved as a hard-working midfielder while also leading the scoring in games. His ability to assist the team is what sets him apart.

He favors playing at the center of the pitch as an attacking midfielder. The multitalented sportsman is also capable of playing as a winger on either flank.

Aaron Ramsey’s transfer comes after 11 years of staying with Arsenal. He will be making his debut representing Juventus playing against Tottenham in the Champions Cup on July 21 in Singapore. Taking to social media, the star expressed his gratitude to the fans who thoroughly supported him and the club for making him who he is today.

He will be wearing the lucky no.8 shirt for Juventus, which was earlier sported by Claudio Marchisio for nine long years. To emulate Marchisio and his wonderful style is what Ramsey will be seen working towards.

When it comes to Aaron Ramsey’s stats, this young footballer has scored 68 goals in his whole career, all games included. His best performances have been in the Premier League and FA Cup.

Before he found his passion for football, he was an upcoming rugby player and athlete. He represented Caerphilly R.F.C. as a winger in the youth development program. This is where he was signed by Cardiff City’s youth academy. After spending eight years in youth football, he became the club’s youngest ever team player before joining Arsenal in 2008.

All’s not lost yet! We will see Aaron showing his skills on the ground soon enough as he gears up for new learning at Juventus.