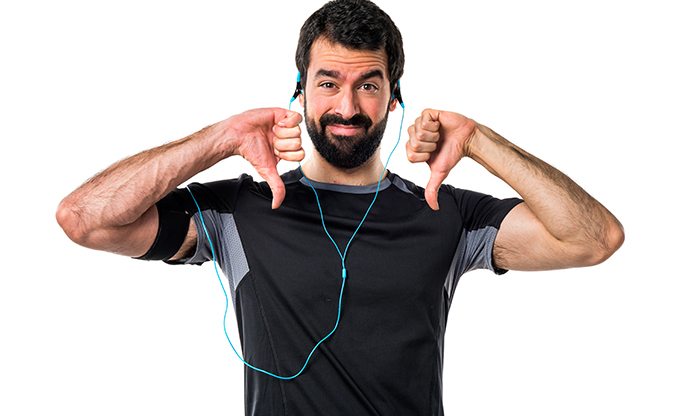 If you’re unfamiliar with the term, it is short for “As Many Reps as Possible. And it refers to performing as many reps during a set as you possibly can. Only once your body “fails” and you can no longer squeeze out another rep is the set complete.
In theory, training to failure seems like it’d guarantee serious gains. You’re pushing your body to the brink with this type of training, and the significant muscle damage it creates should leave you with an optimum chance for gains as long as you rest and recover appropriately.
However, recent research has found that training to failure consistently may not be as beneficial as you might believe. We did a study too and here are the takeaways.

Fifteen well-trained males participated in the study. They were divided into two groups: a Repetition Maximum (RM) group and a Relative Intensity Using Sets and Repetitions (RISR) group.

Both groups lifted three times per week for 10 weeks (weeks 9 and 10 consisted of a taper). At five points throughout the study, they were tested for:

The researchers concluded that “this study demonstrated that RISR training yielded greater improvements in the vertical jump, rate of force development and maximal strength compared to RM training, which may partly be explained by differences in the imposed training stress and the use of failure/non-failure training in a well-trained population.

This study is not the first to find that extensive training to failure during your routine may do more harm than good.
In conclusion, “it appears that similar increases in muscular strength can be achieved with failure and non-failure training.” Going all-out all the time won’t result in greater strength gains than stopping the majority of your sets with “reps in reserve” (meaning you feel you could perform a few more reps at the conclusion of the set, but you stop anyways).
For power and speed development, stopping your sets further from failure allows you to consistently train at a higher velocity. Along with the higher levels of strain in the RM group, this is probably why the RISR subjects had better jump and rate of force development results at the end of the study.
Leaving a few reps in the tank rather than consistently training to failure is easier, yet leads to better results. While training to failure every now and then can have benefited, it should be used only on occasion as opposed to being your default approach.