Four heavyweight things you should know about Mary Kom! 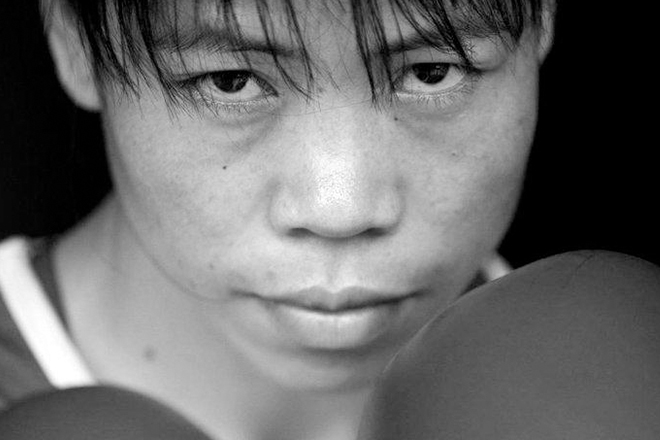 The Epitome of Women Empowerment

Mary Kom, a name that pops up in your head when someone refers to boxing in India, especially for the insta obsessed generation. The 32-year-old has had an astounding career that has lasted over a decade-and-a-half. It’s her indomitable spirit that made her a true fighter. It’s her diligent strive to overcome every hurdle life has thrown at her, it’s her passion for life that has made her turn impossible into possible. Here are 5 facts we bet you didn’t know about Mary Kom:

Mangte Chungneijang Mary Kom was born on the 1st of March 1983 in Kangathei, Manipur to Mangte Tonpa Kom and Mangte Akham Kom. She is the eldest of the four children that were born to the couple and did her schooling at the Loktak Christian Model High School until Standard 6 before migrating to St. Xavier Catholic School, Moirang, until Standard 8. She then moved to Adimjati High School, Imphal, for her schooling for Standard 9 & 10.

Yes, this boxing superstar could not complete her high school education for her increasing passion for boxing. But, later, she finished her schooling through alternative ways and even completed her graduation.

A true fighter of stereotypes

Considering the state of sports in India isn’t that good or lucrative. Still, Mary Kom was made of inner steel and she persevered on merit and winning titles. Her family did not support her endeavors & since she belonged to a remote village; she also had to fight the various incredulous stereotypes imposed on women. However, Mary come out of it rising phoenix!

A sportswoman and a businesswoman

After all the success that she has had, Mary Kom is giving back by starting her own academy called Mary Kom Regional Boxing Foundation. She has given a platform to many aspiring boxing champions to live their dreams, which would’ve otherwise been crushed and splintered by succumbing to societal pressure.