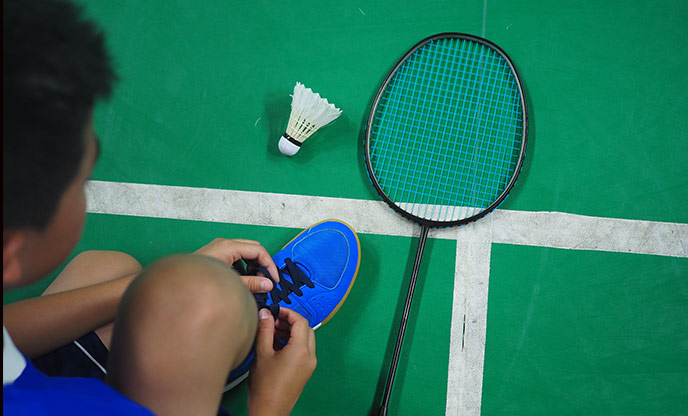 When one picks up a sport, it is easy to just stagnate at a certain level and resign oneself to the fact that they will never be amazing at it. Why? Because most people do not know how to become better so inertia just takes over.

If one can master the fundamentals, they will be able to master the more advanced skills too. Here are some straightforward exercises one can start to add to their training regime to take their game to the next level. The following exercises are dedicated to improving one’s strokes.

A common type of exercise among badminton players allowing them to focus on technique instead of footwork or endurance would be half-court singles. Only make use of the first half of the court while rallying to each other.

Since half the court is removed, it limits the types of strokes that can be used, and it reduces the movement required. It is a face-paced exercise in a confined space that trains one to have quicker reflexes while focusing on strokes.

Instead of standing at the front half of the court, both will stand in the second half of the court just before the last rear line. Start a rally hitting the shuttle to each other as high into the air as possible.

This is a basic exercise that allows one to improve the drive and clear strokes, getting one familiar with right technique used when contacting the shuttle and the power required to hit the shuttle high in the air to the back of the court.

Have a friend or trainer consistently serving shuttles till one can recover and switch between strokes effortlessly. The trainer or friend must take note to serve the shuttle at all sides of one’s body, forcing to use different types of strokes to return the shuttle.

After which, he can focus on the strokes one has most difficulty with. Many new players tend to have weak backhands so if noticed there’s difficulty in that area, spend the entire session returning shuttles solely with the backhand.

Being able to execute a proper smash and smash defense are the abilities that separate the serious and the casual players. For this advanced exercise, one player initially acts as the lifter, constantly