Home » Blog » Badminton: Use Your Brain To Attack From The Rear Court

Badminton: Use Your Brain To Attack From The Rear Court 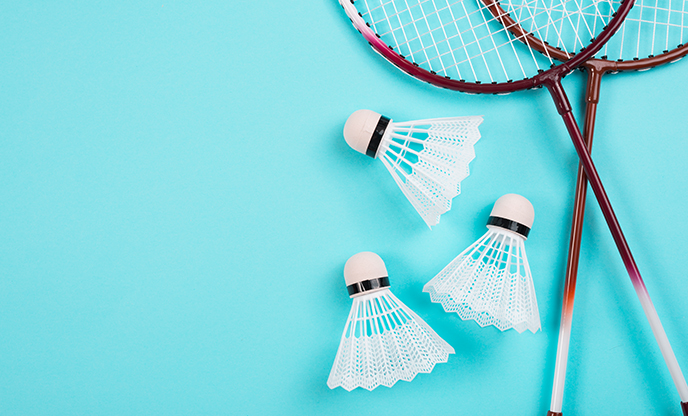 Badminton: If you think you are expected to hit your opponent from the rear court, it’s time to change your mindset.

Not blessed with the power smash and finding yourself pinned to the rear court?
Here is how to still maintain the attack and not then give it away.

All you have to do is find a way to interrupt the timing of your opponent’s defensive shot in as many ways as possible. This tactic creates a weaker return and also results in a reply “popping up” which presents an easier option to kill on the court!

The master strategy is to design shots with the intention of creating a weaker reply.

So how can you achieve this?

If you believe you’ve got a decent smash but your opponent’s defense is way too strong, you are just not going to hit through them because your opponent is quickly timing his or her defensive replies and is consistently returning the shuttle back to you without any errors.

This is the time for you to introduce variations in your shots so that you can pick up some weakness of your opponent. From Shot selection to the Pace of the shot to Placement, you need to move smartly.

What should be your shot selection?

To maintain your attack, these are the shots you should be choosing from:

But don’t assume that these will work just because we are saying it will! Test this strategy a few times, when you start seeing a weaker return, then you are on the right path.

Do you know what could happen if you slice smash to your opponent’s forehand followed by full pace smash to their non-racket shoulder?

This tactic can make your opponent dig down low for the slice smash and then face a high smash to their shoulder. This moves their racket further distance from the “ready” position.

Trust us, they will not be looking ready for a body shot because they have already been forced to return a weak reply!

Keep working on variations and combinations until you find the one perfect for you. Try making your opponent struggle and then keep repeating the pattern the best you can by messing up their defense.

You can set up weak returns in just three shots! Because my dear badminton player this game is won not by winners but by mistakes. Play on with brains and skill and create situations where weaker responses become the norm! Because like we said winning is all about brain over brawn. Every time.