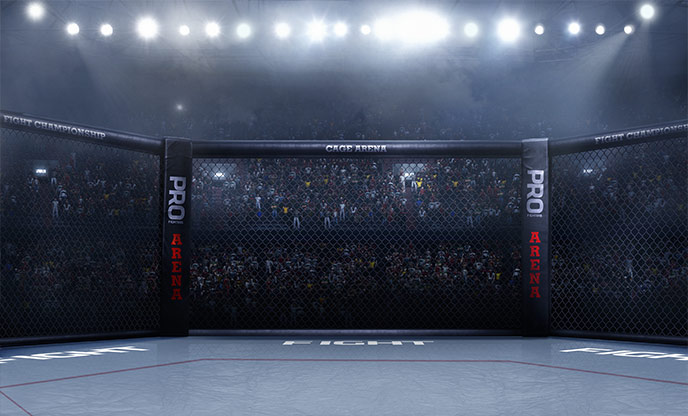 Successful MMA fighters are some of the toughest athletes in the world. To win fights, or even make it through one or two rounds, fighters must possess a huge range of abilities. Outside of being well-rounded, highly skilled martial artists, MMA athletes must also have incredible endurance, strength, and power.

If one’d like to someday step into the cage and see if they have what it takes, they’re going to need to train for it. Even if one’s not planning to step into the cage, they can become a leaner, meaner, more awesome self by implementing MMA training into their fitness regimen. Under either scenario, here are the tips and the exercise plan that need to be followed before one decides to compete!

One can’t just kick and punch a heavy bag for a couple of weeks and think they’ll be successful in a fight. Competitive MMA fighters, are, by definition, excellent marital artists. MMA gyms usually offer martial art classes like Brazilian jiujitsu, Muay Thai, or taekwondo along with sparring technique and boxing.

If there isn’t an MMA gym nearby, start training in a specific martial art. Choose one that can help you learn how to block, kick, and punch. Good MMA athletes are also proficient at defending and attacking their opponent when the fight moves to the ground, so they may also want to look into judo or Brazilian jiujitsu. Get instruction from an expert and learn the proper technique.

To fight and fight well, one’ll need be able to sustain power throughout each round. Having the ability to punch or kick hard and repeatedly over 3-5 minutes is no easy task. Power endurance training, which is the capacity to perform repeated explosive movements near maximal exertion, is tough, but it’s essential to one’s success in the ring.

Train power endurance by performing explosive exercises of a moderate load for about 30-45 seconds (or 15-20 reps), resting for 30 seconds, and repeating for 5 rounds. Circuit training is another great option. But, it’s critical to remember that the intervals should be at least 30 seconds long. It is recommended to increase the aerobic endurance as well. Train those muscles to use energy more efficiently by going for long runs or increasing the length of the cardiovascular training.

Plyometric training is great for MMA because it will help increase explosive power and quickness. Good fighters can change directions almost instantly and hit with force by exploding through their hips. For the best results, try 2-3 plyo sessions per week along with the resistance-training regimen. Just make sure to give about 48 hours of rest in between plyo sessions to allow for full recovery. Some great plyometric exercises for MMA fighters include plyo push-ups, single-arm throws, side throws, jump squats, bounding, and lateral high hops.

The best practice for doing plyos is to warm-up well before doing them. It’s also smart to do them on a softer surface like a mat or turf. Jumping on concrete can be really tough on the back and knees.

There’s a lot more to core training than lower back extensions and sit-ups. The amount of power behind kicks, punches, and throws depends on the strength of the core. This is why MMA training should be packed with core-strengthening exercises.

A person’s abdominals are just like any other muscle in their body—they can grow in size and strength with resistance training. Doing thousands of bodyweight crunches might seem like a good idea, but it’s much more effective and efficient to use fewer reps with more weight.

As a fighter, the size and shape of the biceps isn’t going to matter in the slightest. Instead of training for aesthetics, work on the performance itself. Being a better overall athlete and a stronger fighter means the workouts should include multijoint exercises like back squats and chin-ups. Each exercise performed in the gym should relate to what they’re going to do on the mat. If the exercise does not simulate related movements, replace it with an exercise that does.

For example, leg curls are not as beneficial as straight-leg deadlifts because deadlifts help increase the strength of those takedowns. Close-grip presses are more effective than triceps kick-backs because they can increase the power behind punches.