Things We All Should Know About 2018 Hockey Word Cup Final 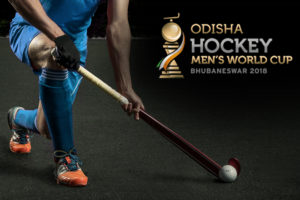 The 14th Men’s  Hockey World Cup beginning at the Kalinga Stadium in Bhubaneswar presents hosts India, the best chance to end the 43-year-long trophy drought. The once mighty Indians who taught the rest of the world how to play hockey has fallen from those lofty standards and the fact that they have not won the World Cup since 1975 is a pointer in the case.

The Odisha Hockey Men’s World Cup Bhubaneswar 2018 event will feature four pools comprising of four participating teams followed by a knock-out phase. The number of teams that compete in the FIH Men’s World Cup has changed at various points in history. This year’s edition contains 16 nations.

The team is being led by caption Manpreet Singh-:

The Manpreet Singh-led squad is high on confidence, especially after being declared as joint winners of the Asian Champions Trophy with Pakistan held in Oman. The inability to finish matches has always been India&#39;s bane. Coach Harendra Singh who replaced Dutchman Sjoerd Marijne has been a positive influence on the squad so far. Manpreet is a solid presence in the midfield while the onus will be on senior players like a goalkeeper and former captain PR Sreejesh, defender Birender Lakra and forward Akashdeep Singh to deliver the goods.

The opening ceremony was as grand and regal. Bollywood megastar Shah Rukh Khan dropped jaws when he arrived standing on a chariot and delivered his favorite dialogue from Chak De India. Madhuri Dixit graced the ceremony with an enchanting performance on mother nature while the legendary AR encapsulated everyone’s minds with his undulating music.

Yes, you heard that right. The government of Odisha gave a makeover to the entire city and has reportedly spent more than a whopping 100 crores in order to create memorable experiences for international players and tourists.