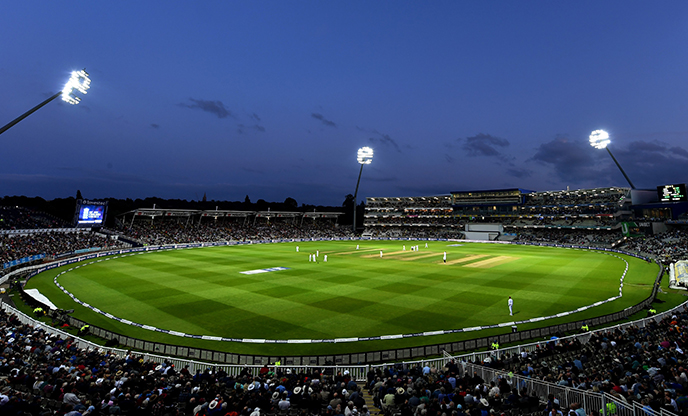 A Game in Pink! Day-Night Test!

It’s time for the Indian Men’s Cricket team to rise and prep as they get all set to face Bangladesh in their maiden day-night Test game at the Eden Gardens stadium.

Scheduled from November 22 to 26, the team will be looking forward to training under stadium lights to adapt to playing with the pink ball. It is a challenge to face the pink ball in the twilight as the game progresses, for which head coach Ravi Shastri and captain Kohli are keen to prepare the boys well before they bring their best foot forward on the ground. The Madhya Pradesh Cricket Association (MPCA) will organize the sessions for the team in Indore.

The first Test begins at the Holkar Stadium on November 14 after which the two sides will face each other for the second rubber at Eden Gardens. The match will begin at 1:30 pm (IST), with two breaks for tea and lunch.

India currently top the World Test Championship points table after rising victorious in the last 5 games they’ve played so far. The Bangladeshi side will be stepping into the arena without their skipper Shakib Al Hasan and their favorite opener Tamim Iqbal. The pink-ball test match comes after years of resistance from the Indian team as they face sighting problems under the floodlights. India is the only major Test-playing nation that has not played a day-night Test. for Bangladesh, it marks a debut with the pink ball on the international stage. The move was first encouraged by the new BCCI president Sourav Ganguly.

Not many players have been introduced to the pink-ball-games before. They are manufactured internationally by either Dukes or Kookaburra. However, to keep the quality under control, BCCI decided to the manufacturing responsibility to a family-owned company, SG.

The technology used to manufacture the SG Pink would use both the processes of the red and white ball. The red ball uses dyed leather to highlight the red color. This also has a more defined seam. The white ball has a flattened seam to help the fast pace bowlers manage the ball when it gets old and it also aids the spinners who can keep a firm grip on the ball. The pink ball would use a leather coloring process similar to the white one but will retain the performance characteristics to that of the red.

The Eden Garden stadium has been a battleground that has seen histories being created and iconic matches being played. It has been the first ground in India to stage the ICC WT20 finals back in 2016 and to stage the first ICC World Cup final outside of England in 1987.

But this is not the first time the ground has witnessed the play of the pinks. It has been host to the first 4 D/N pink-ball match in 2016 which saw Mohan Bagan play against the Bhawanipore Club.

It would be interesting to see both teams face each other under the new conditions, and ball!