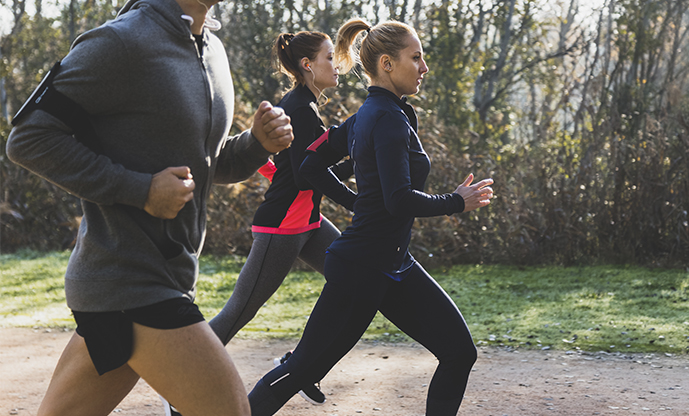 You want to get faster. Who doesn’t?

But in order to supercharge your sprints, you need to get the basics down first. One of the main factors is form. Sprinting isn’t exactly just a sped-up version of your regular form during an easy run or jog. It’s similar but different: The movement patterns of running and sprinting are similar in that you still need to put one foot in front of the other, but different in that sprinting is a much more dynamic version of running—more explosive, to be precise. Here are some tips to burgeon your speed-:

Hold your arms in a bent position at 90 degrees, and drive your elbows backward to create momentum. The position helps to ensure that your movement and force travel in the same direction. It’s a more exaggerated arm swing than a jog, where your arms move through a wider range of motion with your hands coming up as high as your chin and backward toward your butt.

Athletes who show less knee lift in the first step turned out to be faster in sprints. Less knee lift means a faster step, which means more steps within the same distance.

Land on your forefoot, and focus on pushing off from your toes to propel yourself forward and keeping your feet flexed upward toward your shins. Running softer and landing quieter might help reduce injury, too

IMAGINE THAT YOU ARE CYCLING

Think like a cyclist and move your feet in a circular motion, raising your thighs up until they are parallel to the round, and driving your knees up and down. Think of it this way, rather than an ovular or reaching-out motion.