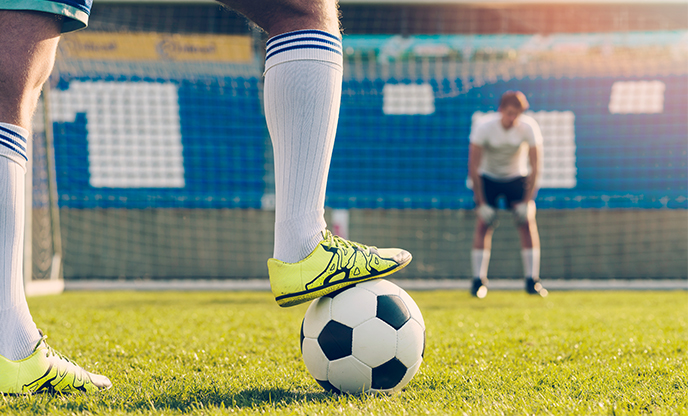 We are a big fan of mastering the basics.

Owning the basics not only give athletes more confidence, but also more of an edge during game time.

When it comes to soccer, not enough youth players are nailing down the basic skills needed to take their game to the next level. For youth players 8-12 years of age, it is imperative they become masters of simplicity.

To that end, motor skill learning at a young age takes time and consistency. It takes an insatiable desire and lots of repetitions to get better. If you’re working to master a certain skill, I believe you should be putting in at least 50 repetitions a day on that given task. Team practices alone will not suffice as far as skill development, especially since most youth teams practice just a couple hours each week.

The reward of mastering basic skills are immense for young players and can help them fall in love with the greater success this mastery will allow them to experience.

If a young player masters the basics, they’ll be:

With that in mind, here are three basic skills I believe every youth soccer player aged 8-12 should strive to master:

Too often, the first touch is done wrong. It’s critical for kids to nail this down so they can control the ball without it bouncing away from their feet.
A good first touch keeps the ankle in a locked position and utilizes the center of the foot so that it is easier to “cushion” and control the ball with that larger surface area.
If players still struggle to flex the ankle with the toe up when receiving the ball, a cue I like to use is to pretend you are squeezing an orange on your ankle. Hammering good first touch technique should also help the player improve their passing and finishing as well.

Soccer is filled with multi-planar movements. Players have to navigate out of pressure, dribble in tight spaces and get around defenders one-on-one.

Cutting is a fundamental skill that youth players should learn and implement early in their careers.

Above is a simple drill that focuses on cutting. Once players show proficiency there, they can move to a progression of that drill:

Getting reps in without pressure ensures kids learn the skill. The ultimate progression would be to add in light pressure with a defender, then heavy pressure in a small-sided game situation (2v2, 3v3, or 4v4).

Change of direction is not possible without having a menu of turns at your disposal. Turning allows players to get away from pressure and pass or dribble into space, or turn to goal and crack a shot.
Knowing a variety of turns also makes a player unpredictable. Different situations in soccer call for different turns. As an example, a Zico turn could be used to turn with your back to pressure. Or a Pull-Back turn could be used to change the point of attack and switch the field.
Above are some of the most important turns for youth players to master.
If you want to take your youth players to the next level, ensure they master the basics.
This way, they are much more able to apply the technique in a game situation. There’s tremendous power in practicing the repetitions of soccer skills, as this adds up over time to build a savvy soccer star.
After all, behind every elite player is someone who mastered the basics since day one, and still does.