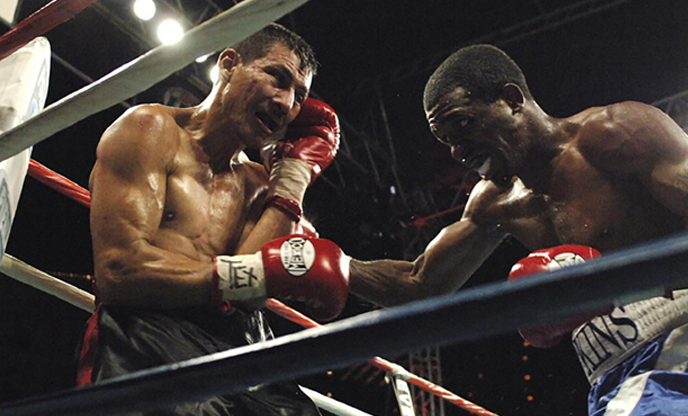 The Southpaw stance is famous for its ability to confuse even the most skilled fighters in a boxing fight. Have a look at these best boxers with Southpaw stance and follow their lifestyles to get yourself a stronger paw!

The greatest boxer of 21st Century, Manny has etched his name in history since becoming the only boxer to champion eight weight divisions. An aggressive fighter, Manny has perfected the Southpaw stance mixed with his agility and powerful moves. He started out as a professional at the tender age of 16 and practiced the skill while fighting matches to support his family.

Sweating it out at the gym is as important for the world champion as much as spending time in the rink. He indulges in running, heavy-bag speed training, shadow boxing, and plyometrics to up his fighting skills. He believes that these high-intensity exercises use muscle fibers quickly and prepares them better for Boxing matches which require a quick response technique.

The Puerto-Rican “Macho” man, Hector Camacho was the most confident showman and professional fighter of all times. As a teen, he was ingenious who started out as an amateur street fighter, before being put into professional boxing by his high school teacher.

Picking up the sport professionally, “Macho” demonstrated this inner fighter and began rising to win championships in multiple weight categories (six titles in five categories). Camacho was known for his rapid hand and footwork combined with swift counterpunching. The street fighter in him aided him wonderfully to perform the most unprecedented moves on his opponents. Blending multiple fighting styles into the one that he loved the most, Hector stood out as an unexpected boxer to analyze and face during his entire career.

The Marvellous Marvin Hagler is a former professional fighter who used the Southpaw stance to stand as an undisputed world middleweight champion for 7 years, losing only 3 times in his whole career!

Marvin, even though being right-handed, was coached to adopt the Southpaw. This versatility was what set Hagler apart from many professional boxers and gave him an edge in the fighting circuit. The ability to read the opponent well in a few minutes and strategizing accordingly was how he chose to fight. As much as he believed in working out in the gym and rink, he emphasized equally on his “clean” lifestyle outside these. With a dedication to boxing since his childhood, he set a disciplined regime involving beach runs and heavy bag workout which he loved the most. The takeaway from Mr. Marvellous’ life here being combining your favorite workouts with skill training for performing like a champ.

Learn from the strongest Southpaw in Mixed Martial Arts! Mostly undefeated in his whole career, Anderson Silva uses the stance to dominate his opponents since the beginning of the fights. Combined with the powerful ground skills, he can even switch from Southpaw to Orthodox in a wink, without hampering his effectiveness.

Famously known as Anderson “The Spider” Silva, he has had the longest champion title reign in the history of UFC. His excellent striking accuracy and knockout power help him to lead his opponents to submissions. Silva mainly focuses on Strength and Weight Training four times a week for 2 hours. He also indulges in High-intensity workouts. For polishing his reflexes, he trains with rubber ball workout in which he dodges them one by one.

Let these masters inspire you to use your Southpaw stance with pride!